Lessons To Be Learned From The Latest Disagreement Between Objectivists 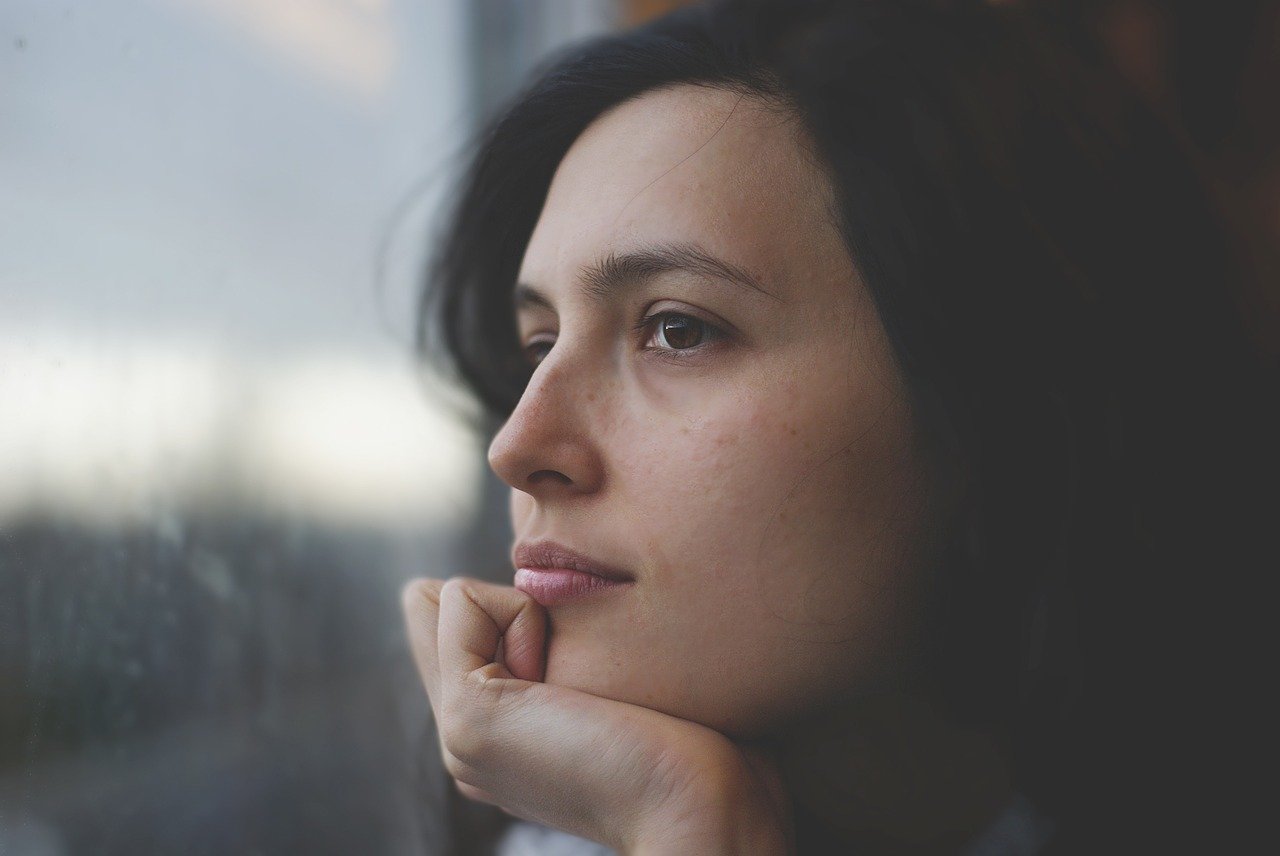 Over a decade ago, The Ayn Rand Institute (ARI) disassociated itself from Craig Biddle, publisher of The Objectivist Standard (TOS), after Mr. Biddle making a public statement “morally condemning” Ayn Rand heir and ARI Founder Leonard Peikoff, author of Objectivism: The Philosophy of Ayn Rand, over what Mr. Biddle regarded as a specific “act of injustice.”

Since that time, Mr. Carl Barney, both a founding and major donor (since 1985) and later board member at ARI, worked behind the scenes to get ARI to reassociate with Mr. Biddle. Mr. Barney ended his financial support of ARI over what he regarded as a failure of ARI to live up to its agreements with him. Recently, Mr. Barney made a public statement recounting what he believes is an injustice by ARI towards Mr. Biddle. [1]

My concern in this article is not about determining who is wrong or right regarding the disagreement but to use the dispute as a springboard to discuss broader issues in advancing Objectivism: Ayn Rand’s philosophy a reason, rational self-interest, and individual rights (the “three R’s” as I like to refer to them.)

No single organization can be all things to all people.

I like having competing Objectivist organizations — as long as they are not just Objectivist-sounding in name — the more, the merrier. We need much more of them as no organization has a monopoly on the best way to market and spread Objectivist ideas. A case in point is Alex Epstein leaving employment at ARI (in good graces) to form his Center for Industrial Progress (which Mr. Barney also helped initially fund). “Let a 100 flowers bloom,” as the saying goes.

People who share the same philosophy can disagree to the point that they can no longer work with each other.

It just so happens that people who have the same philosophy can disagree — and that disagreement may reach the point where the parties involved can no longer work with each other. It happens all the time: in business, sports, marriages, and philosophical organizations. Business partners separate, teams break up, marriages end up in divorce, and members in organizations go about their separate ways. If two or more people with similar goals can work together with each other, that would be great, and if not, they should walk away and go about their path.

A selection of the negative statements will be promoted and praised by those who despise Ayn Rand and her philosophy of Objectivism.

Of course, in a free society, one is free to publicly vent about one’s disagreements publicly. From a public relations standpoint, Mr. Barney’s statement may come off to some as a personal attack on Onkar Ghate and others at the Ayn Rand Institute. This has resulted in others publicly coming to Mr. Ghate’s and ARI’s defense. [3] Unfortunately, a selection of Mr. Barney’s statements will be promoted and praised by those who despise Ayn Rand and her philosophy of Objectivism.

This is unfortunate as the Objectivist causes Mr. Barney has funded (including ARI since its’ founding), and much of his present work promoted via his Prometheus Foundation, has been outstanding for promoting Ayn Rand’s ideas. Mr. Barney’s statement will alienate many ARI supporters against him — and by extension, his causes, in particular TOS. I do not believe that this is what Barney or Biddle desire. Sadly, once the genie is out of the bottle one does not get to determine where it will go.

Of course, Mr. Barney sincerely believes “going public” over the disagreement is for a just cause. Maybe so. Perhaps, if an outsider took the time to go through all the documents, do interviews, cross-check the information, etc. one would find their positions accurate, or perhaps not, or like many disagreements with basically good people somewhere in-between.

Making the details of a messy “divorce” public does not benefit the children.

That one can publicize a private matter doesn’t mean it is a wise decision to do so. Making intimate details about a messy “divorce” public rarely benefits the children – especially when that child is Objectivism. There is a better way. In the overall scale of things, and given the enormous good the Ayn Rand Institute has done and continues to do in spreading Ayn Rand’s ideas — from their high-school, college, and educator book program to their Objectivist Academic Center, to their conferences — it makes no sense for one to publicly attack the organization if one is seriously concerned with the spread of Ayn Rand’s ideas.


From my experience in such encounters, the best approach is to be independent, walk with integrity, and put your energy into creating good work [4,5]. As I see it all the people involved are basically good people who share the same purpose, but as so happens they can no longer work together.

One should be careful in engaging in fruitless and draining battles with those who were once allies; less one loses sight of the real enemy and ends up losing sight of the war.

December 1, 2020: After receiving some emails from Mr. Barney on several points, I’ve made a revision to this article, in particular, removing the parts in regards to comparisons to the Brandens.


November 14, 2020: I don’t expect the parties involved Onkar/Yaron (ARI) and Carl/Craig (OSI) to be friends, but I don’t want them to be enemies. As I see it, both Yaron and Carl are like Leonard Peikoff’s “sons” so to speak. All share the same philosophical premises (though contexts clearly differ) and all share a deep abiding love and respect for Ayn Rand and her philosophy Objectivism.

[1]  See Carl Barney’s The Truth about Craig Biddle vs. Smears by Some at ARI.  ARI has issued a response to Barney’s allegations.

Update:  Since I wrote the above, Mr. Barney has written several follow-ups on his website including More Context about Craig Biddle and ARI and ARI is Failing and Needs Our Help.

Initial Thoughts on the “rapprochement deal”: Regarding the “rapprochement deal” brokered by Mr. Barney between ARI with The Objectivist Standard (TOS), a journal published by Craig Biddle, the deal appears to be lop-sided in favor of TOS. The deal was that each organization would use its resources to promote the other in specific ways. The problem, as I see it as an outsider with incomplete information, is that the two organizations are in no way equals. Presently, TOS has relatively little brand name recognition compared to ARI (I expect that to change with Mr. Barney’s support). ARI has a massive customer database and brand name recognition carefully cultivated over four decades. As a comparison of their Facebook pages, as of October 2020, the ratio is nearly half a million followers for ARI’s Ayn Rand page and less than 60 thousand followers for TOS. In other words, ARI was not receiving commensurate value from TOS in return for sending its supporters to build TOS’s customer base. This issue is now all the more apparent as Mr. Barney has helped Mr. Biddle set up what some might regard as a competing (or at least overlapping) organization: the Objective Standard Institute in 2020.  (As an analogy: ARI promoting TOS would be like Coca-Cola Co. using its resources to advertise a competing boutique soda producer planning to introduce a new cola called Pepsi.) Given that such a “trade” was not in ARI’s organizational interests, why did ARI accept such a deal? One possibility is that Mr. Barney was dangling the carrot of funding a multi-million dollar Ayn Rand University in exchange for using ARI’s resources (which he helped fund as the major donor) to aid Mr. Biddle’s publication as part of the deal. That carrot has long since been retracted.

[2] Dr. Peikoff’s issued a statement in Peikoff vs. an ARI Board Member. In fairness to Mr. Barney, as a dear, close friend of Dr. Peikoff, he indicates that he “did not approve of” Mr. Biddle’s statement regarding Leonard Peikoff. Mr. Biddle has removed the offending public post with no public comment or public apology, so we can only judge that his assessment of Dr. Peikoff still stands today. In my view, no “rapprochement” between Mr. Biddle and ARI should have been made unless either Mr. Biddle publicly retracted the statement, or ARI admitted to the correctness of Biddle’s attack of Dr. Peikoff. Based on my knowledge, I regard Dr. Peikoff’s account of the situation as the correct one. See Justice for Leonard Peikoff and Addendum to “Justice for Leonard Peikoff” by Glenn Jorgensen for one of the many diverse accounts of the issue.

[3]  See Don Watkin’s two essays — A Word on Carl Barney’s Essay and Dangerous Misinformation — on presenting some of the other sides of the issue.

[5] See ARI Condemns Krugman’s New York Times Smear of Ayn Rand. ARI, since April 2018, has its journal, New Ideal, which is spectacular in terms of content. As an example, the fantastic work of Professor Benjamin Bayer and his essay tackling the ideas of Sam Harris and Stephen Pinker on Why Champions of Science and Reason Need Free Will.